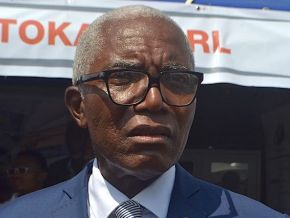 Yes, water was found in a Tradex gas station tank in Douala

A few months ago, a rumor circulated in Douala, saying motorists had found water in the fuel they bought at a Tradex gas station.

In response, the company confirmed it November 26 in a statement. It’s “an incident,” the company said, stressing that it “occurred at the Tradex service station in Makepe on April 30, 2018, following works in the tank”. “This was an accidental spill of water in a Super tank” says Perrial Jean Nyodog, Tradex's General Manager.

“Unfortunately, 13 customers were served at the polluted pump, before the incident was noticed. However, as at November 26, 2018, all 13 customers were further compensated and expressed their satisfaction as demonstrated by Tradex”.

Perrial Jean Nyodog reassures that the confidence of the millions of motorists who buy fuel at the pumps of Tradex's 63 service stations every day, as well as that of the industries that supply the gas stations, places the public company as the second largest oil distributor in Cameroon.