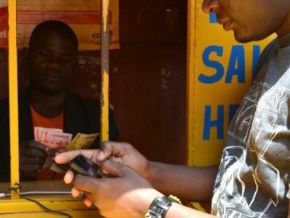 It is a fact: Cameroonian Mobile money operators have fund problems

Some banks have already set some scheme to allow mobile money withdrawals at ATMs.

In Cameroon, mobile money users regularly complain about being unable to withdraw money from their mobile money accounts at call-box services. These complaints were however ignored or considered as sabotage to those call boxes’ activities.

It is now a fact. These complaints have been confirmed by a trusted institution: BEAC.

In a recent report it published on the state of electronic transfers within CEMAC in 2017, the banks wrote that actors of the mobile money sector generally have fund problems.

It then recommended cardless withdrawals at ATMs. By the way, this solution is already available in Cameroon and Gabon.

Orange Cameroon, in partnership with BICEC, created a visa card which can only be used at visa ATMs in Cameroon.