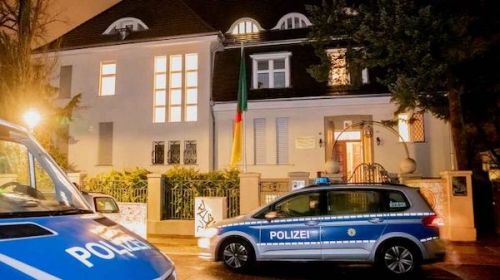 Yes, the Cameroonian embassy in Berlin was also ransacked

Rumors suggest that both Cameroonian embassies in Paris and Berlin were ransacked. True?

The Cameroonian embassy in Germany was ransacked January 26 at around 3 am. Protestors who perpetrated the act claimed they are supporters of Maurice Kamto, the main challenger of Cameroonian President Paul Biya for the October 7, 2018 president elections.

In a Facebook live, the protestors scattered piles of documents, trampled and ripped up Paul Biya's effigies. An act perpetrated by “General El Che Nou” and his mates of the so-called “anti-sardinard” brigade. They will be questioned by the German police.