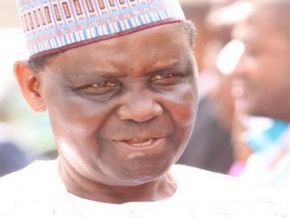 The former director of Elecam was not present when his successor took office!

It is said that Abdoulaye Babale was not present to handover to his successor. True?

On Monday, May 28, 2018, a presidential decree was signed nominating a new director for Elecam.

That same day, the new director Erik Essousse took office but, the outgoing director Abdoulaye Babale did not attend the event.

Let’s recall that on May 15, 2018, a memorandum of Elecam’s employees indicated the director’s catastrophic management of the staff and funds.

On May 25, the electoral council of Elecam statuated and declared that Abdoulaye Babale’s management was indeed catastrophic and called on the president of the republic to replace him.