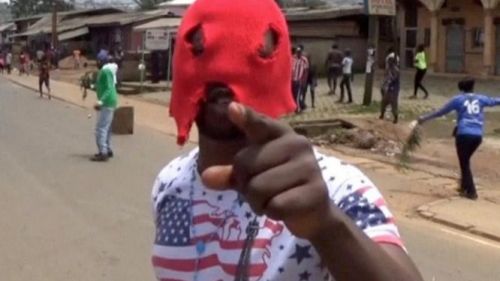 Yes, some separatists from English-speaking regions are currently in Yaoundé

Separatists from the English-speaking region are said to be currently in Yaoundé. Is it true? Yes, it is. On Jan 23, police chief Martin Mbarga Nguélé confirmed the information.

“Credible sources informed the head office for national security (DGSN) that some followers of separatists from the northwest and southwest regions have been spotted in some urban centers,” Nguélé reported.

According to the DGSN, the separatists who "mainly" pose as motorcycle taxi drivers, plan to attack the police and "steal" their weapons and ammunition. They have already attempted to do so at the Boulevard du 20 mai in Yaoundé, the chief of police said while urging his collaborators to be more vigilant and to take the necessary measures to prevent the attacks.

It may also be recalled that last October, the Defense Minister (Mindef), Joseph Beti Assomo, had warned of the presence of "many secessionist terrorists" who were planning to commit "acts of violence" in the capital.