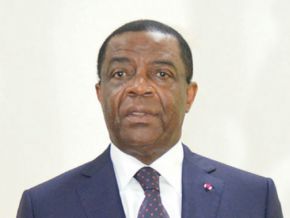 Some Cameroonians think that this company that was suspended for its involvement in many road accidents in 2017, will continue its activities under a new name

"Général Express Voyage", a transport company was involved in a road accident which resulted in the death of 15 people and many injured in the night on October 23, 2017. Following this umpteenth accident the company was involved in, Edgard Alain Mebe Ngo’o, the minister of transport, decided to stop its operations for 3 months. However, some people are still worried that the company could continue operating under a new name.

To reassure those people, Edgard Alain Mebe Ngo’o met with the press on October 26 in Yaounde. "I want everybody to know that the company’s fleet, some 200 buses, are registered in the ministry of transport’s database. Those matriculation numbers have been frozen. The company cannot thus change them or sell the buses or, even transfer them to another company even if they change the buses' color to remove their company name”, he said.

Mebe Ngo’o also explained that the government is closely monitoring the company through technology, through territorial administrations and through police forces in charge of the implementation of this measure. "On the other hand, the promoter that we hope is respectful of the law, will not play those suicidal games.  There is no one above the law, you can count on it”, Cameroon’s minister of transport declared.