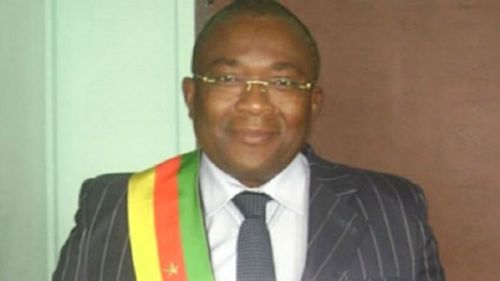 Yes, Jean Michel Nintcheu, the SDF candidate in the coming legislative elections, trampled on campaign shirts of the RDPC

The politician allegedly committed the act during a meeting in Douala

A viral video has been circulating on social networks over the past few days. It is a short clip showing a man, dressed in the green outfit of the opposition party, the Social Democratic Front (SDF), who walks on the uniforms of the ruling party, Rassemblement démocratique du peuple camerounais (Rdpc). Some claim that this man is Jean Michel Nintcheu, an SDF candidate running in the legislative elections scheduled for 9 February. He reportedly made the act during a meeting in Douala, the economic capital of Cameroon.

While some thought the video was just another hoax, Jean Michel Nintcheu himself, confirmed he is the man in the video.

Indeed, in a post published on Jan 29, Nintcheu wrote: "Let me be clear. If I had to, I would do it again and again, to cleanse the honor of the Cameroonian people. By gladly trampling the shirts of the RDPC, I wanted to express my discontent with all the policies of the regime in place. I trampled on this symbol of dictatorship and bad governance. I trampled on underdevelopment and on every suffering that Cameroonians have been inflicted with in the past 38 years.”

In political spheres, some are shocked by the SDF candidate’s behavior saying “it lacks elegance and class.” “In politics,” an observer of the political world says, “one does not need ro trample on the emblem of the party he or she opposes.”