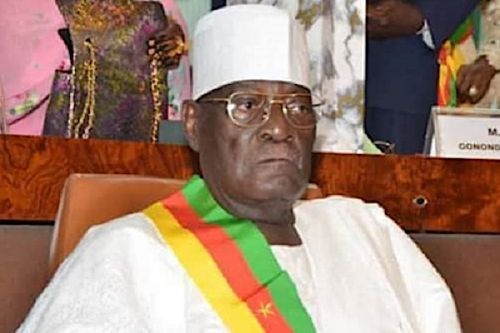 Cavayé Yeguié Djibril: A full career at the top of the Assembly

Cavaye Yeguie Djibril has been the president of Cameroon’s national assembly (PAN) since 1992. Born in 1940, Djibril first became a deputy in 1973. He spent most of his career at the parliament but took a four-year break to be an assistant to the prefect of Diamaré, in the Far North region.

The President of the National Assembly is the country’s third most important figure and the true holder of legislative power. Despite the Senate’s establishment, most laws are ultimately submitted to the Assembly for examination.

Though the PAN is supposed to monitor the government’s action, Djibril is more of a supporter of Yaoundé. In the 30 years that he has been chairing the Assembly, not even one of these actions was reviewed and the institution processed only one request for a parliamentary commission of inquiry - in 1999. The request in question, one of many submitted to, and ignored by, the National Assembly, concerned the former Minister of Posts and Telecommunications, Mounchipou Seidou.

It is worth noting that Cavaye Yegue Djibril is a member of the ruling party, the Cameroon People’s Democratic Movement (CPDM). Djibril, who is also the Lamido of Mada, a department located in the Far North, is part of the CPDM’s political bureau. The latter assists Cameroon’s President, Paul Biya, whom the boss of the parliament considers his “boss”. Actually, some observers claim that Cavaye Djibril partly owes his longevity as president of the Lower House to his loyalty to Biya.

However, getting reelected, again and again, was not that easy. While he’s often contested by people at the grass-roots level, during the last legislative polls, Djibril’s position was threatened by Biya himself. “To take into account the demographic and sociological changes in our country, it is recommended to encourage the emergence of new figures and give priority to the spirit of sharing,” the President said at the time. At the time, many, even those close to Cavaye, believed the statement translated a desire to remove Mada’s Lamido from his seat. More fear than harm, Cavaye Yeguie Djibril, 80, kept his place.