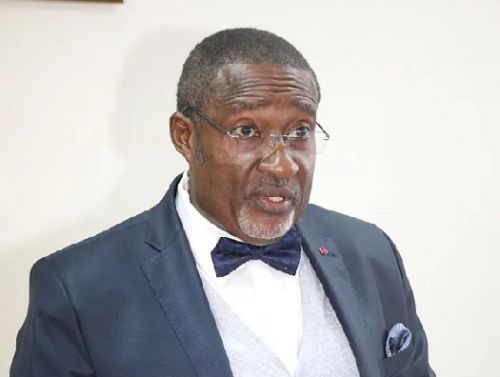 Enow Abrams Egbe chairs the Electoral Board of Elections in Cameroon (ELECAM) since April 21, 2017. A native of the Southwest region of Cameroon, the man (who will turn 62 in December this year) ensures electoral transparency in the country. Indeed, according to the Electoral Code, the body that Egbe chairs ensures that all stakeholders comply with the electoral law, to ensure the regularity, impartiality, objectivity, transparency, and sincerity of the elections.” The ELECAM organizes, and manages all equipment used during elections and referenda in Cameroon.

As chairman of the ELECAM, Enow Abrams Egbe must examine candidates’ applications, issue final lists of candidates, relay polls’ minutes to the Constitutional Council and other authorities provided for by the law, monitor the installation of electoral equipment, and check electoral documents within the delay set by law. He also handles contestations and complaints issued before, during, and after the polls. And all these missions are subject to the attributions of the Constitutional Council, and of competent jurisdictions or administrations…

Enow Abrams Egbe organized the Senate and Presidential elections (in April and October 2018, respectively), but also the legislative, municipal, and regional ones (in February and December 2020). However, he failed to reassure the masses regarding the regularity, impartiality, objectivity, transparency, and sincerity of polls in Cameroon. This led to the creation of a contestation platform by seven opposing parties (MP, MRC, PCRN, SDF, UDC, UMS, and USDP).  Via this platform, these parties advocate for the electoral system’s reform.

Regardless, it must be noted that the ELECAM’s chairman organized the elections amid sociopolitical and security tensions, and some political analysts claim that these factors favored his appointment. At the time, Cameroon’s security was increasingly threatened by Boko Haram, with incursions in the Far North, and secessionists in the North West and South West where English is spoken.

Enow Abrams Egbe took over the ELECAM eighteen (18) months before the October 2018 presidential elections. Prior to that, he was a member of the Electoral Council. Before him, the ELECAM was headed by Samuel Fonkam Azu, who took over in December 2008.

Both men are former senior civil servants, graduates of the National School of Administration and Magistracy (Enam). The difference is that the former chairman is a seasoned magistrate and the current one is a civil administrator and former governor (South and Adamaoua), familiar with security and law and order issues.