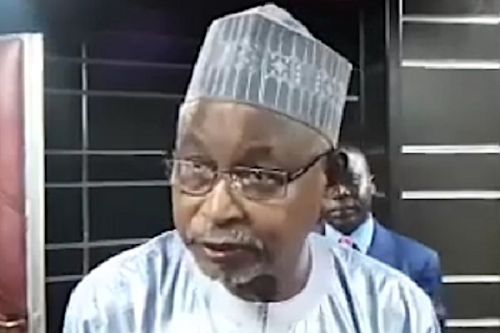 One of the most enigmatic politicians in Cameroon, Dakole Daïssala has always known how to match his ambitions with the times. Even if he is now a Senate member, appointed by President Paul Biya, the two men didn’t always have a smooth relationship

Daïssala joined the public administration in 1967 as a sub-prefect in Ngaoundéré, a town in the Adamaoua region of Cameroon, far from his home among the Toupouris in the Far North of Cameroon. He later became general manager of the then-public transport company (SOTUC) and spent ten years there.

In 1984, he was arrested and jailed for seven years, after an attempted coup against Paul Biya who had succeeded Cameroon’s first president, Amadou Ahidjo. At the time, Daïssala Dakole had not been tried or charged. After regaining his freedom, in 1991, he took part in the 1992 legislative elections with his party, the Movement for the Defense of the Republic (MDR). The MDR won six seats in these elections and Dakole, surprisingly, allied with the ruling party, the CPDM. The alliance helped Biya’s party keep the majority in the parliament, and allowed Dakolé and many members of his party to join the government, but hurt his credibility with the people.

In 1997, Dakolé Dassaïla was indeed the only member of his party to be elected deputy. The same year, during the presidential elections, he switched sides, again, supporting Samuel Eboua, a former minister of President Ahidjo, who eventually came third in the polls. Again, he left the government and started a new quarrel with those in power. Seven years later, in 2004, he backed Paul Biya in the presidential elections and returned to the government as Minister of Transport.

With this new side-switching, what little credibility was left to Dakolé’s party vanished. The MDR did not get even one deputy elected in the 2007 legislative elections. Dakole even backed the constitutional revision that allowed Biya to run for another mandate in 2011, thus seemingly ending their lengthy strife.

More discreet now, the MDR’s boss is considered one of President Biya’s key assets, especially regarding the management of his supporters in the north.  In 2020, Dakolé’s party obtained two seats in parliament and three mayorships.