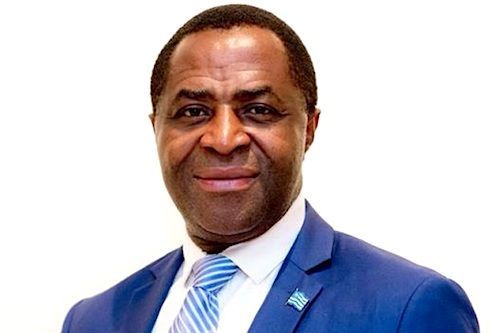 On October 1, 2017, he proclaimed himself "President of the Federal Republic of Ambazonia." Ambazonia regroups the territory’s North West and South West where English is spoken. "We are going to secede, we are going to restore our independence and we are going to discuss the terms of that independence," Ayuk Tabe said at the time.

At first, the government laughed at Ayuk Tabe’s ambition. But the laughter died after the armed attacks that hit the English-speaking regions, under the leadership of the former computer scientist. Now taking the threat seriously, Yaoundé deployed all means to arrest Ayuk Tabe. They did in January 2018, in Nigeria, and on April 29, 2019, Ambazonia’s self-proclaimed leader was sentenced to life imprisonment, for terrorism and secession, along with nine members of his “government”.

Far from weakening the secessionist militias, the leader’s imprisonment pushed them to carry out more attacks against the population and the army. Their goal was to put pressure on Yaoundé to release Sisiku Ayuk Tabe. "The arrest rehabilitated his stature and allowed him to regain control over the separatist factions, but it also made him an icon," says security expert Joseph Lea Ngoula.

In January 2019, Sisiku Ayuk Tabe said he was ready to negotiate with President Paul Biya, and on March 11, 2020, he declared that “Paul Biya greatly underestimated the determination of the Ambazonians.” For Ayuk Tabe, the man who was in New York in September 2017 to fight for Ambazonia’s independence at the UN, the issue of secession was far from being settled.

Since March 2020, the government has supposedly discreetly initiated talks with Sisiku Ayuk Tabe to have peace return in the North-West and South-West regions – after more than 3,000 died in the conflicts. At first, however, the authorities ignored the secessionists’ leader and did not invite him to the Major National Dialogue that was held in October 2019 – an event aimed at resolving the Anglophone crisis.