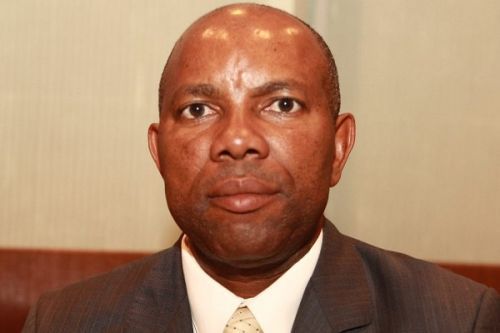 He leads one of the factions fighting to control the Union of the People of Cameroon (UPC). Rejected by the justice system, which rehabilitated his rival and close enemy Pierre Baleguel Nkot as secretary general of the UPC, Robert Bapooh Lipot however remains a major player in the party. He positions himself as the defender of the "political heritage of Augustin Frédéric Kodock", named after the late leader of the UPC. Augustin Frédéric Kodock was a signatory of the political alliance of September 28, 1992, which links the former opposition party and President Paul Biya’s Cameroon People's Democratic Movement (CPDM).

After losing his seat in Parliament and receiving a judicial blow from his opponents in July 2020, Paul Biya bailed him out and appointed him as the head of the board of directors of the National Debt Recovery Corporation (SRC). And even though this position does not seem to match the strategic status of the allied UPC-Kodock party, Robert Bapooh Lipot knows that his voice counts.

In the infighting that plagues the UPC, the teacher of philosophy stands out as the man adopted by the regime of Paul Biya, whom he supported in the 2018 presidential election. As a good political professional, the native of the department of Nyong-et-kelle fought hard to earn the co-option of his mentor Augustin Fréderic Kodock. He had to face many obstacles before being validated by the elite group of the Unity Palace. This has borne fruit since, on September 13, 2020, the day of the commemoration of the 63rd anniversary of the assassination of Ruben Um Nyobe, the most illustrious nationalist leader of the UPC, Paul Biya was personally represented by Jean Nkuete, Secretary General of CPDM, at the ceremony organized for this purpose by the former MP. On the same day, Robert Bapooh Lipot’s rival Pierre Beleguel also organized a similar ceremony for Um Nyobe but the government was not represented. This confirmed the choice of Paul Biya.